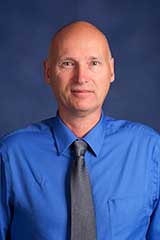 Glen is the Commercial Account Manager at Deacon Jones in Smithfield.
Glen has been working in Automotive Sales since March 2014 he sold retail Dodge vehicles his favorite being the Charger until November 2015 when he moved to the Business sales .

Born in Northamptonshire, England, in 1957, he later moved to the United States in 2001, where he resided on Long Island, NY with his two sons. In 2013, he relocated to Wake Forest, North Carolina and in 2016 is having a house built in the Flowers Plantation in Clayton.

Glen has a Bachelor’s degree in Carpentry and Joinery, and also owns a website selling Blu-Ray movies. Other hobbies include watching movies and listening to music, but his biggest passion is English Soccer (Arsenal FC).